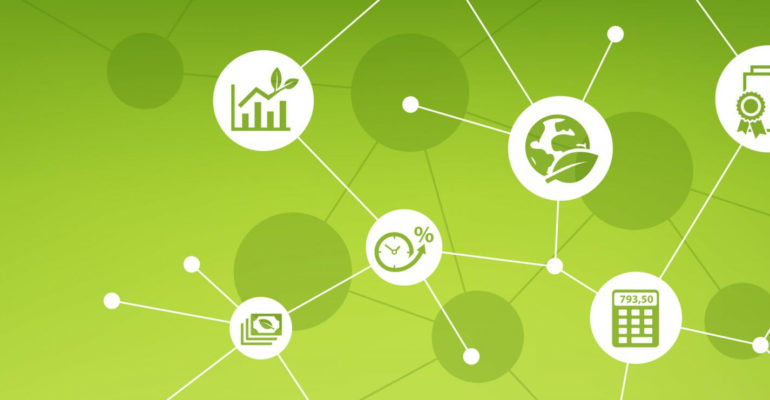 Sustainable Investment – The scientific foundation behind the ESG ratings

Sustainable investment is on the rise. With the acquisition of a majority stake in ISS (including its subsidiary ISS-ESG, formerly oekom-research), as announced in November, the Deutsche Börse has
become one of the world’s leading financial providers of data and research in the area of “Environment, Social and Governance” (ESG). Notably, the Frankfurt-Hohenheim Guidelines (FHG) of the Weltethos
Research Group for Finance and Economics (formerly the Ethical-Ecological Ratings Research Group) had developed the scientific basis for the sustainability criteria of the ISS-ESG. The members of this research group are pioneers in the field of scientific work on culturally adaptable concepts of social and ecological investments and are active worldwide.

Deutsche Börse AG and Genstar Capital LLC announced on November 18, 2020, that Deutsche Börse will acquire a majority stake of approximately 80% in ISS based on a 100% valuation of 2.275 million US dollars (1.925 million euros). The acquisition will also make Deutsche Börse one of the world’s leading providers of ESG data and research. The transaction is expected to close in the first half of 2021. Deutsche Börse is also emphatically underlining its commitment to ESG as one of the most important megatrends in the industry, one that will fundamentally change investment behavior in the coming years.

Sustainable investment is on the rise
“In view of the increasing importance of Environment, Social and Governance (ESG) as a megatrend for investment and corporate decisions, we are humbled that the Frankfurt-Hohenheim Guidelines (FHG), the first criteriology for sustainable corporate ratings developed using scientific methods, will now be even more widely used in the future.”, says Prof. Johannes Hoffmann, founder of the Research Group Ethical-Ecological Rating at the Goethe University Frankfurt (FGEÖR) and member of the Research Group Finance and Economics of the Weltethos Institute of the University of Tübingen. The theologian and business ethicist Prof. Hoffmann is one of the first researchers in sustainable finance and intercultural business ethics. With the planned takeover of Institutional Shareholder Services Inc. (ISS) – and thus ISS-ESG (formerly oekom-research) – by Deutsche Börse, the FHG methodology housed at the Weltethos Institute will also experience worldwide dissemination. So far, it is little known that the first of these ethical-cological and corporate responsibility ratings – mostly based on the FHG – were created in Germany.

Frankfurt-Hohenheim Guidelines as the origin of Oekom Research, now ISS-ESG
The FHG is one of the most important, scientifically developed, and internationally recognized studies, which was implemented for the first time by oekom research AG (now ISS-ESG) and remains the basis of its ratings and has also influenced most sustainability ratings worldwide. With the practical implementation of the FHG at the end of the 1990s, oekom research rose to become one of the world’s leading ESG research and rating agencies. The FHG was developed by an interdisciplinary team of scientists and practitioners under the direction of the Ethical-Ecological Rating Research Group (FGEÖR) founded by Johannes Hoffmann and Gerhard Scherhorn in 1993. Thus, pioneering work was done here in the 1990s and the foundation for ethical-ecological ratings was laid. The Corporate Responsibility Rating (CRR) of oekom research AG in Munich was developed from the system of sustainability criteria, and following its adoption by the ISS-ESG, has since been applied by many institutional investors, banks, and fund companies worldwide. On March 15, 2018, oekom research was bought up by ISS, the world’s largest provider of solutions for corporate governance and responsible investment.

Current research at the Weltethos Institute
In 2018, the FGEÖR was affiliated to the Weltethos Institute of the University of Tübingen as the Finance and Economics Research Group. Since then, a new generation of researchers consisting of Dr. Ndidi Nnoli-Edozien, Benedikt Hoffmann, Dr. Bernd Villhauer, Bernd Hanheiser, and Prof. Dr. Harald Bolsinger, serve as the leadership team to advance the further development of the FHG and its related current research topics. The Welthethos Research Group on Finance and Economics is an interdisciplinary association of critical scientists and practitioners with the aim of making contributions to the development of a socio-ecological, sustainable market economy, committed to translating the FHG as a tested ESG criteriology to other continents and cultures across the Global South. The ethical-ecological rating methodology is an important step in encouraging companies to develop more sustainable production processes and new business models, including the introduction of circular business models and regenerative economies. From the start, international scientists
(e.g. from Nigeria, South Korea, Japan, and India) accompanied the research with a view to transfer its best practices to other cultural contexts, and vice-versa. “The central pillar of the FHG and the resulting ‘SevenPillars’ has always been cultural compatibility, which has made it possible for us to translate the EÖR criteriology into other cultural contexts. This is the approach with which we were able to establish the SevenPillar methodology as the first African ESG system, which the successful implementation for Africa’s largest business conglomerate, Dangote Cement, has now also confirmed”, says Chairwoman of the Board of the Research Group Dr. Ndidi Nnoli-Edozien. The implementation of the SevenPillars is a direct product of the research group’s work, and for her pioneering work at Dangote earned Dr. Ndidi Nnoli-Edozien the Africacem 2020 Sustainability Executive Award, as well as her nomination as one of the “40 Leading Women on the Sustainable Development Goals”, and above all it enables the group of companies to play a leading role in the implementation of integrated reporting as a step towards quantifying the externalization of costs to take. The SevenPillars are seen as a best practice example for the implementation of sustainability thinking and integrated reporting.

The Public Relations Officer of the Global Ethic Institute, Ms. Anna Tomfeah (tomfeah@weltethos-institut.org), is at your disposal for any questions or to find interview partners.

This website uses cookies to improve your experience while you navigate through the website. Out of these cookies, the cookies that are categorized as necessary are stored on your browser as they are essential for the working of basic functionalities of the website. We also use third-party cookies that help us analyze and understand how you use this website. These cookies will be stored in your browser only with your consent. You also have the option to opt-out of these cookies. But opting out of some of these cookies may have an effect on your browsing experience.
Necessary Always Enabled
Necessary cookies are absolutely essential for the website to function properly. This category only includes cookies that ensures basic functionalities and security features of the website. These cookies do not store any personal information.
Non-necessary
Any cookies that may not be particularly necessary for the website to function and is used specifically to collect user personal data via analytics, ads, other embedded contents are termed as non-necessary cookies. It is mandatory to procure user consent prior to running these cookies on your website.
SAVE & ACCEPT